What is DigiByte? What is DGB?

DigiByte (DGB) is an open source development based on Bitcoin & Litecoin source code platform and faster. DGB speeds are fast enough to buy coffee from a merchant in seconds at the touch of a button on a smartphone. Coin DGB is a transparent and professional decentralized cryptocurrency, designed to solve some of the weaknesses of BTC and LTC, and it is a global decentralized crypto mainly for commodities and service. 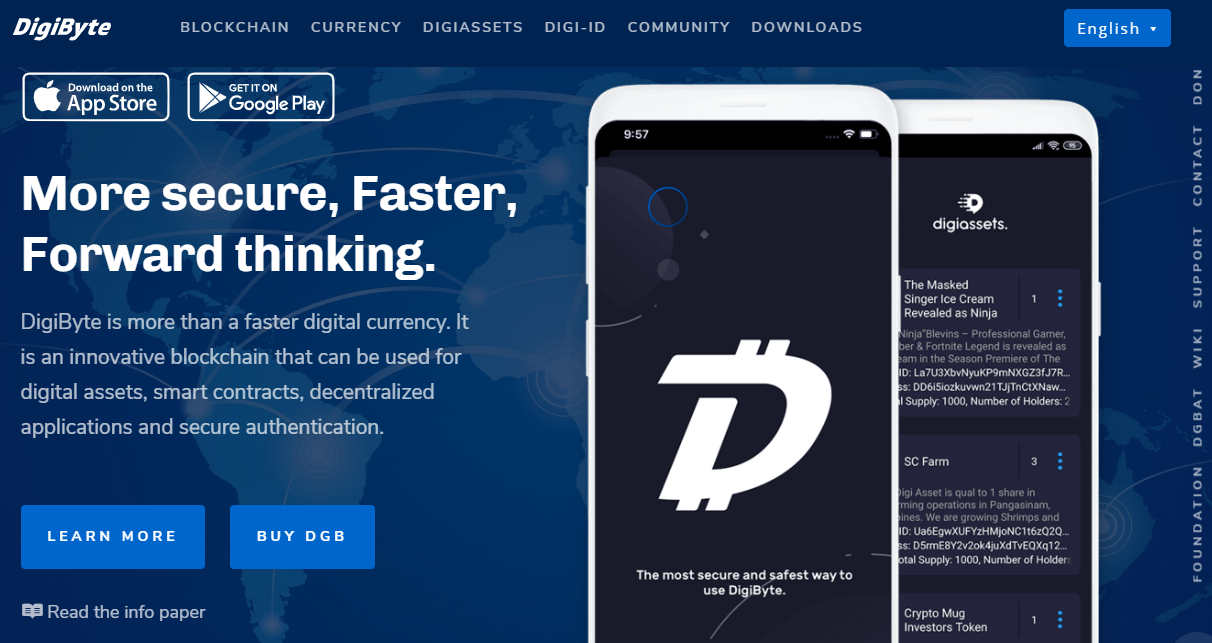 DigiByte is developing a fast global decentralized payment network, inspired by BTC. DigiByte allows you to transfer money over the internet as fast as PayPal or Western Union, but with many improvements, transactions can be processed very quickly without any fees or very little. You send and receive DGB to or from any DGB address in the world in seconds with no registration, login and cost required.

Mining Algorithm’s Improved Difficulty: The difficulty adjustment helps protect the blockchain from malicious attacks, by creating and applying DigiSheld and MultiShield. DigiByte has established stability harder than any other blockchain in the world today.

15 seconds/block: DigiByte has a faster new block generation rate than any publicly available UTXO (unknown transaction output) in the world.

Early implementation of the SegWit add-in: Separate witnesses will allow improvements to happen in DGB blockchain technology, such as cross-chain transactions and single-confirmation transactions.

Unique features of the DigiByte blockchain: DigiByte transactions are not like transactions on other blockchains. It is limited in size and aims to increase speed, performance and quantity per transaction. The most important thing is that it keeps confidentiality.

Network security: DigiByte blockchain technology can become leveraged for adoption and reporting applications, fixing up to 90% of today’s most common vulnerabilities affecting the internet.

IoT devices: The future of DGB ties in from a focus on DGB security to IoT devices and services that require robust connectivity.

The founder and CEO of the DigiByte project is Jared Tate, who developed DigiByte in 2013 and first launched it in January 2014. At the time, DigiByte was one of the very few public blockchain projects. DigiByte was launched without an ICO. 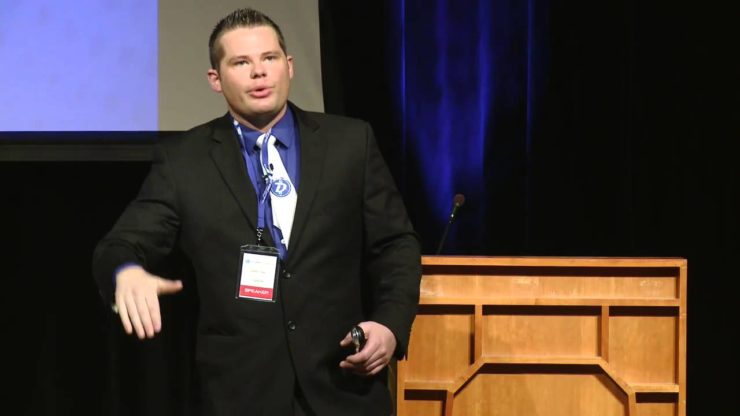 Besides, the DGB project development team has the support of 4-5 core members, but not much is known about them. Even the home page contains no information about the group.

Their goal is to bring modern technologies and complete blockchain-based applications, used in payments to users. In addition, this also targets long-term goals such as:

Fix network security problems net: DigiByte entered the market with the desire to use the high-tech blockchain technology DigiByte to overcome the limitations of the internet that still exist.

Well-connected IoT devices: DigiByte aims to integrate many secure applications with IoT devices, which are well connected and extremely powerful.

DGB brings fast utilities in blockchain system, mainly for traders and consumers around the world in the simplest way.

DGB allows you to buy goods and services from the internet, from person to person, without spending a lot of time and money.

DGB has many outstanding features such as transaction speed, network scalability, security and large user community. DGB will pay more attention to the user community in the future.

You can see the DGB price here.

What are Dark Pools? Is it good for Bitcoin and the crypto market?
What is Ferrum Network? What is FRM?