What is Fusion? What is FSN?

Fusion (FSN) is an ecosystem connected to financial transactions, released on February 1, 2018 by Fusion Foundation. Fusion powers the next wave of financial innovation on blockchain.

Fusion is built on a public blockchain platform to create smart contracts that can work on many other available blockchains such as Bitcoin, Ethereum. Through Fusion’s own applications, enhance cooperation and data sharing among financial institutions to integrate the values ​​of tokens in different blockchain platforms. Like the API toolkit, there are many other data sources on and off the platform.

FSN is currently running on the Ethereum platform according to the ERC-20 standard.

Distributed control management: This is the process of exchanging control of the private keys of digital assets from centralized individuals or organizations to Fusion public blockchains.

Hybrid decentralized consensus mechanism: The advantage of PoW and PoS mechanism is used in parallel by grouping nodes to achieve balance, efficiency and safety for transactions.

Benefits: This is the right to use someone else’s property, meaning that when an investment fund wants to raise capital from investors, you transfer the right to use that money and the owner of the property is still you. 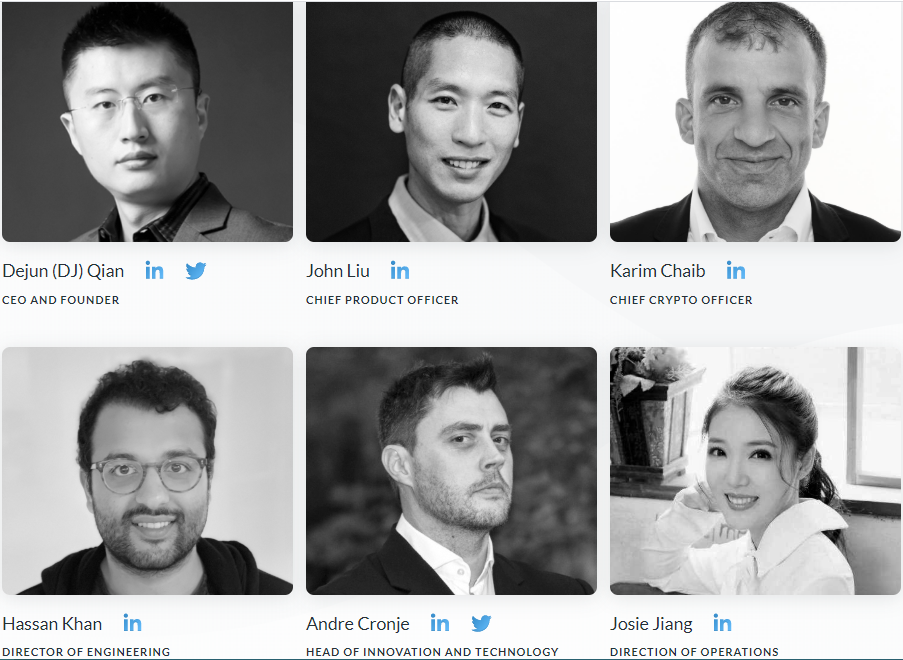 Dejun Qian: Founder and CEO of Bitse. Dejun worked as a manager at IBM and graduated with a degree in computer science from Hubei University.

John Liu: served as co-founder and product lead at ONEaccess.io (acquired by Visible Alpha). John is a former managing director at Novus Partners, a former portfolio manager at Capstone Investment Advisors, Artesian Capital Management and King Street Capital Management. He received a Master’s degree in software engineering and a Bachelor’s degree in engineering from the University of Michigan.

Karim Chaib: is an award winner for the financial system and blockchain. CEO at XDLT. Karim is the leader of DLT and Smart Finance at Avaloq (4 T AUM). Lead the flow of security, cryptography, core banking at Society as a whole. As technology leader of UBS, CS, IBM, Axis Capital and engineer at MSc, MSP, Prince 2, ICE, Hermes.

Fusion with crypto-finance is a public blockchain with the Fusion Foundation as a sponsor of the project, working to create the ecosystem. With the Fusion platform, it benefits all token holders, who do not belong to any single organization or individual, and is a platform that encompasses the entire blockchain token community.

This is a currency that is gradually upgrading its features as well as creating a full blockchain technology environment to meet the current financial needs, so it is a potential and profitable currency. high in the future.

You can see FSN prices here.

What is ICON (ICX)? Learn about ICON
Chainlink (LINK) investors’ patience may have paid off