What is IOTA? What is MIOTA?

IOTA (MIOTA) stands for Internet of Things Application, it is the first open source distributed ledger (cryptocurrency) designed to record, execute perform transactions between machines and devices in the IoT ecosystem.

Additionally, in a blog post discussing the direction of IOTA, co-founder David Sonstebo also wrote that it was developed to enable a “transformational model” for IoT by establishing a “bookkeeping” the “thing of things” is standardized in practice. In simple terms, it means that cryptocurrencies will enable the exchange of data between machines equipped with sensors present in the IoT.

At the end of 2015, the IOTA project was originally created by Serge Ivancheglo, David Sontesbo, Serguei Popov and Dominik. Furthermore, the development of the IOTA token is led by the IOTA Foundation (IF) – a non-profit organization based in Berlin, Germany whose goal is to improve the world in a sustainable, fair and transparent manner. .

Before IOTA was officially released, it raised funds through an ICO and received over 3,000 Bitcoins, which at that time totaled $434,000. Since then, IOTA’s market capitalization has reached a high of more than $14 billion. 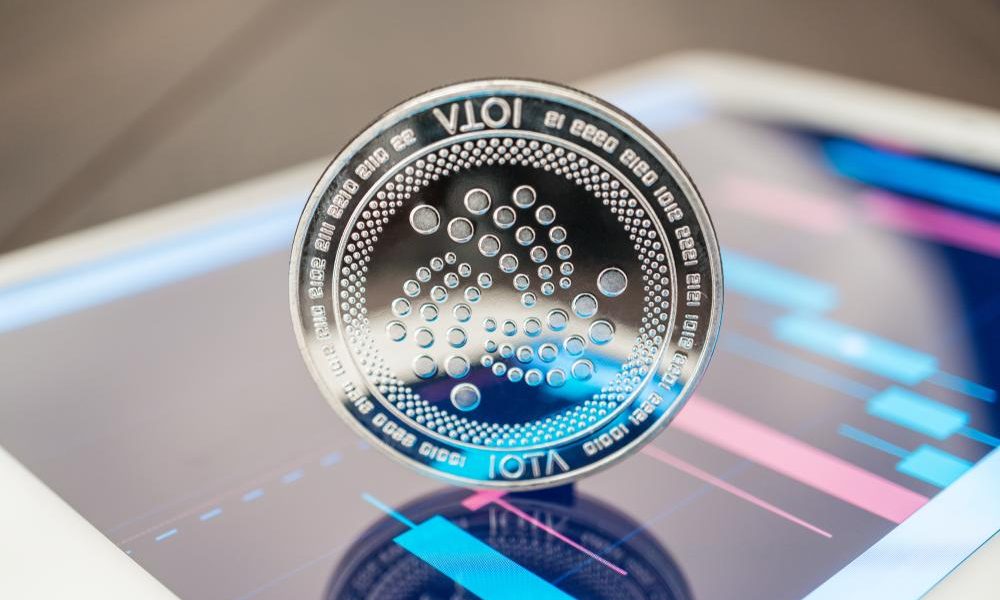 How does IOTA work?

IoT is already an integral part of the world economy.

IOTA’s vision is to be the platform for machine-to-machine (M2M) transactions. The founders of IOTA founded the company after working in the IoT industry, and they say that for IoT to be most useful, the devices in the network need to efficiently share and allocate resources, which This means that devices need to be able to buy more power, bandwidth, storage, or data when they need it, and sell those resources when it’s no longer needed.

Even on a small network, this means potentially dozens of transactions per second as devices communicate and use resources. With so many transactions on such a small scale and so fast, the founders of IOTA believe that blockchain technology is not suitable for IoT applications because of its scalability and fees. As such, IOTA aims to address both scalability and cost with a fresh network so that billions of IoT devices can use it.

According to the IOTA website, machines can exchange services or data with each other and pay for them with a cryptocurrency called MIOTA, which makes it stand out from other cryptocurrencies when it comes to having a data layer as well as a price layer. treat. In particular, the key innovation of IOTA is not using blockchain technology like Bitcoin or Ethereum, instead Tangle – a system of nodes used to confirm transactions. IOTA claims that Tangle can overcome the inefficiencies of current blockchain designs because it is faster and more efficient. Another cool thing about Tangle is that it doesn’t use miners like BTC.

For instance, when transactions are confirmed in BTC, volunteers with their exceptional computing power are rewarded with extra BTC for using the resource. These miners are not actually participating in the transaction, they are validating others online transactions. This particular consensus mechanism is called PoW.

The problem, however, is that using PoW becomes increasingly expensive to confirm transactions over time, which makes mining more difficult, requiring more computing power and electricity. This also leads to slow and expensive transactions, most importantly the Bitcoin blockchain can only confirm up to 7 transactions per second.

On the other hand, in the IOTA network, things work differently, because anyone who wants to use the system to send money has to contribute to the network by validating other people’s transactions.

The idea behind this is that the more people use the IOTA system, the more scalable the network will be. This means that in practice there is no limit to the number of transactions the network can handle per second, which means it can scale indefinitely.

To send a transaction to the IOTA ledger, you must verify two previous transactions. This verification method means that there is no central ledger, and there is no need for miners to power the network.

As devices on the network randomly verify each other’s transactions, they create a consensus through the web that connects the transactions. In cryptography, this type of verification is called a Directed Acyclic Graph (DAG), but the creators of IOTA call it Tangle. As the computing power in Tangle increases as the network grows, transactions can be performed without computational cost, securely and without fees.

All in all, IOTA differs from Bitcoin in several ways:

The prices of both fluctuate wildly. This high volatility does not facilitate the establishment of IOTA as a means of payment. At the same time, it makes cryptocurrencies a risky investment. BTC dominance remains a strong factor. If BTC goes up or down, it usually leads to altcoins as well.

How is IOTA different from blockchain?

Blockchain technology with BTC is completely different in its usage and “properties”. It was originally designed as a means of payment, making middleman like banks unnecessary. The concept of this technology was developed in response to the 2008 financial crisis. This exposed the greed (and inability) of some bankers.

Theoretically, the suspicion of middleman who fill their pockets is solved by a blockchain. Blockchain is multiple chains of entries in a “ledger”. A ledger is a list whose entries cannot be changed later. Blockchain can be downloaded as a file and can be viewed by anyone, but its major drawback is its huge energy consumption.

A Russian businessman bought two power plants to meet the energy needs of his mining farm. Bitcoin is now more traded as digital gold because it has similar properties.

The IOTA coin project has some big ambitions, but it is really important to understand that they are still in the development phase. In fact, the network has experienced quite a few technical problems.

If the coordination protocol goes down, the entire network could be at risk. This happened many times and at one point IOTA was unusable for days. Furthermore, a centralized coordinator has also been put in place to protect the network from 34% attacks. This is when someone gains so much computing power on the network that they can change the network.

Currently, at least $3.94 million worth of IOTA has been stolen, backed by a DDoS attack against all public nodes. Bitcoin is also vulnerable to a similar attack, but the hacker would need to have 51% of the total hash power.

There are no bad users, only bad UX. Forcing individuals to manually generate an 81-char seed consists of az + 9 is fairly arduous, to say the least.

“There are no bad users, only bad user experiences. Forcing individuals to manually generate an 81 char seed that includes az + 9 is quite difficult, to say the least.”

In addition, in August 2017, researchers at the Massachusetts Institute of Technology (MIT) published an academic paper claiming the IOTA network had many security flaws. They say that many users are using their own crypto, which means that creating cryptosystems out of a loophole is very dangerous because systems that have not been exercised for a long time may contain malicious codes. big hole. The IOTA team has since rectified the issue but their choice to make their own crypto became a red flag for many in the crypto community.

An IOTA team member responded that the vulnerability was intentionally added to the code to protect against malicious groups copying their open source code. Whether this is true or not, the group’s response adds to the list of concerns raised by the community.

While the technology behind IOTA can be exciting, it’s best to keep checking their development blog, research, and scrutiny before investing in crypto assets.

Crypto IOTA uses Tangle – a technology with a lot of potential. If successful, it could be a possible competitor to blockchain technology for transactions, and the IoT market for microtransactions will only continue to grow. Although IOTA is superior, its technology remains unproven. IOTA’s Tangle may be the next big step in crypto, but investing in an untested technology is inherently risky, so do your research before making a decision.

You can see the MIOTA price here.

What is MasterNode? Benefits and how to run Masternode
New York Stock Exchange